ZM Wrestling has also been putting in work off the mat and giving back to the community.  Many wrestlers and volunteers helped with the Adopt-a-Highway cleanup on a 2 mile stretch of Highway 52 north of Zumbrota.  ZM Wrestling also donated 2 hours of yard work in the silent auction for the Kelsey Bradley benefit.  Matt Biever was the highest bidder and Caden Steffen, Spencer Defrang, Jacob Bennett, and Jack Haglund all pitched in on Sunday to help with Matt’s to-do list. 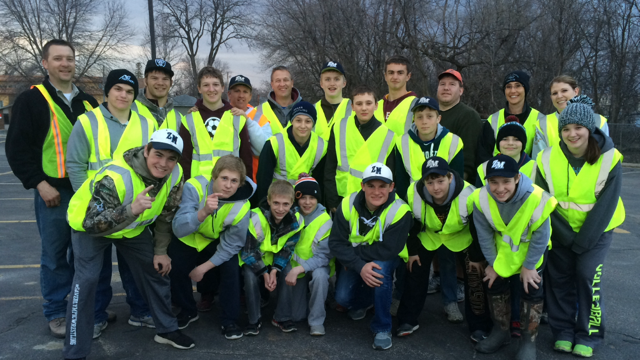 Adopt-a-Highway cleanup is scheduled for Tuesday, April 12th.  Wrestlers and volunteers are to meet at back of high school at 6:00 PM.  Appropriate dress would include pants, long sleeves, gloves, and old shoes or work boots.  Safety vests will be provided.  Parents are welcome and encouraged to help also! 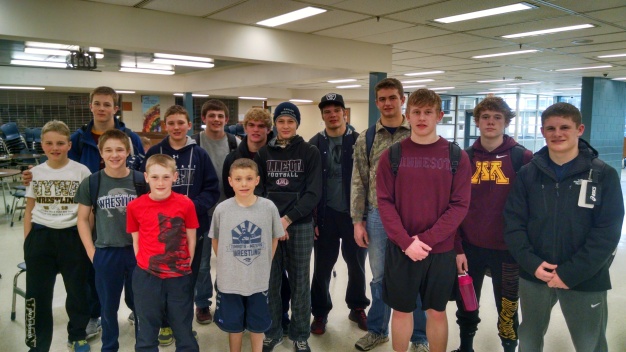 The youth celebrated their season last Friday with a pizza party.  Below is Coach Krier recognizing the 6th graders.  Missing from photo are Dalton Hall and Hunter Jones. 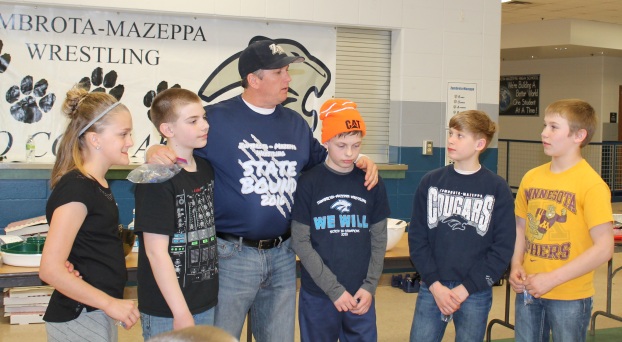 Lots of wrestling this weekend at the Mayo Civic Center where the NYWA State Tournament was held.  Individually, Owen Lexvold led the way for the Cougars with a 2nd place finish at Kindergarten 65 lbs.  Gunner Mancilman and Jack Krier also earned a spot on the podium, each earning 5th place.  Also competing were Sam Moore (1-2), Cain Lexvold (2-2), Dalton Hall (0-2), Andrew Banitt (0-2), and Nathan Halton (0-2). 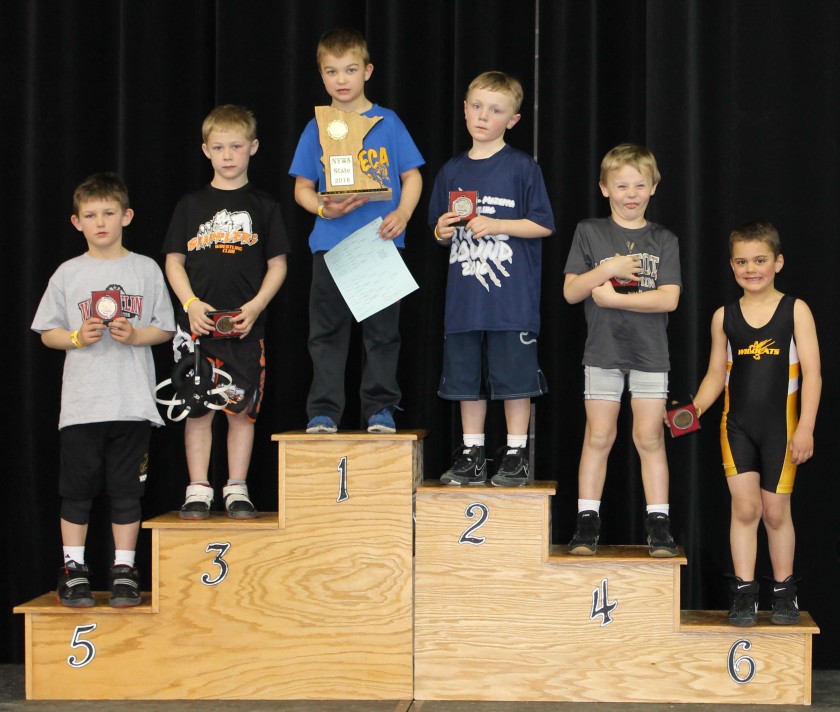 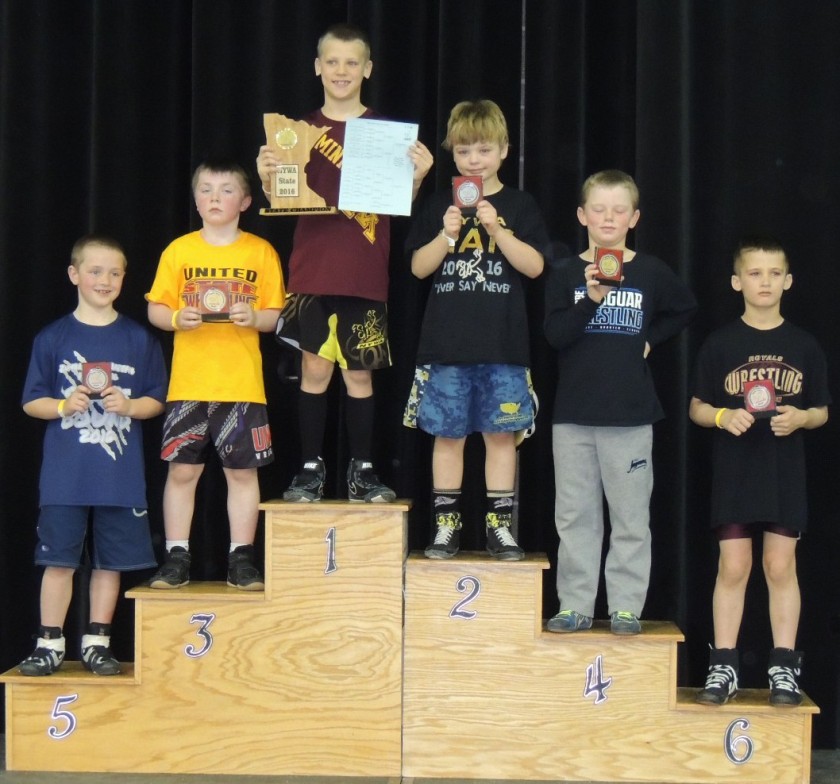 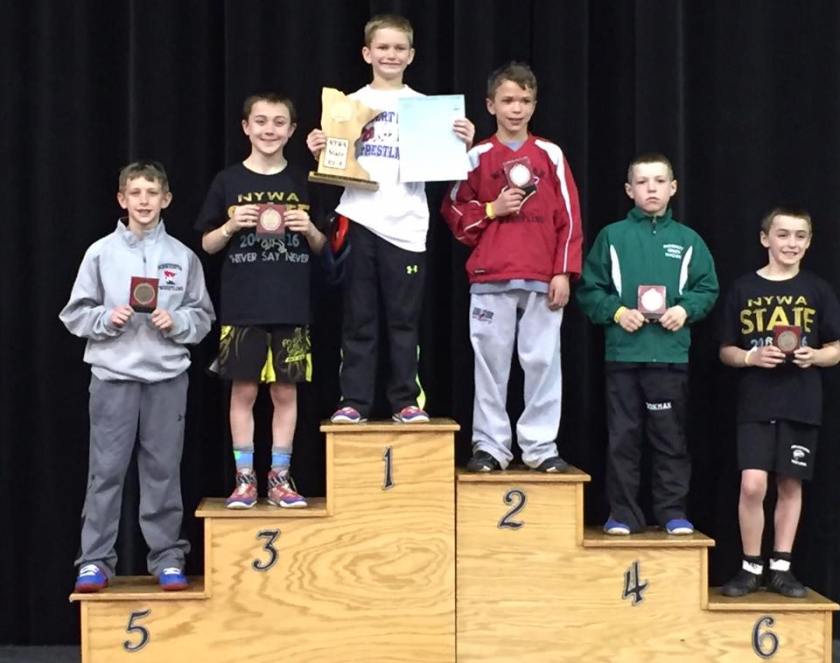 The K-6 team was able to take home the Pool 8 Championship, finishing with an overall record of 2-3 for the weekend.  ZM fell to a tough Waconia team to open the tournament, followed by losses to MAHACA and St. Peter.  The group came storming back on Sunday to defeat both Marshall/LV/RTR and Perham to win the Pool 8 Championship. 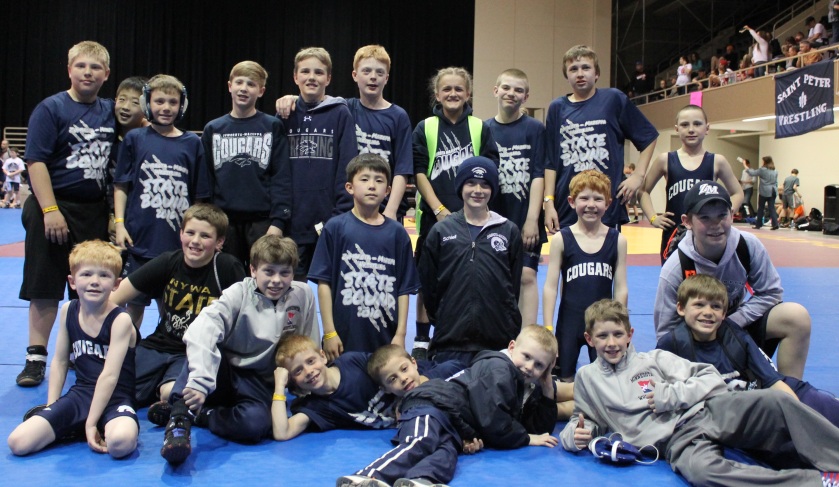 We will celebrate our season with a party on Friday, April 8th at the school.  See you there!